I have so many good things to say about this book... It's eye-opening, insightful, romantic, and contains so much passion in the middle of war. Passion for helping others, passion for survival, passion for each other. 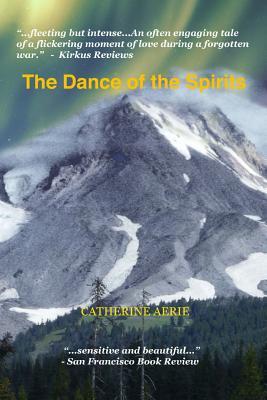 From the get-go, kudos to the author for tackling the Korean war. There are so few novels about this war. It seems to get lost in the middle of the fascination for the world wars. And even better, this author tells us about the Korean war from a Chinese's viewpoint. What was incredibly fascinating to me and new was how the Chinese people were being taught, or brainwashed so to speak, how many of them just followed blindly and if you didn't, you had a "thinking problem".

And it's not just any Chinese person. It's a woman...surgeon. In the army.

And let me tell you she's amazing. I love her character so much, how strong she is, how considerate. (She uses her own hair for stitching wounds!) I loved her "thinking problem", the way she tried her best to take care of her POWs, get them malaria medicine in the face of her superiors' stubborn and ridiculous ignorance, how she keeps saving as many as she can whether it's her side or the other side, whether she's a POW or a soldier. And she refuses to be brainwashed.

And at points in the story, when I would have just rolled into a ball and gave up, she keeps going. Somewhere inside herself, she has the strength to face endless horror after endless horror, from frozen graveyards to POW camps in which the Chinese fight amongst themselves: those who wish to stay with China and those who wish to leave. She goes from one war to another the entire story, it seems, from war at home: mother versus mistress, Communists versus the Imperialists, from North Korea vs South, to Chinese vs Chinese.

Before she even joins the war, we are educated about the Communist takeover and the staunch ways of the Chinese people.

And I'm leaving out the hero. He's not dominate, really, but he is an American soldier and his path crosses with hers when he saves her and she falls in love with him and he with her, though I felt this could have been expanded on more--will get to that. The hero fights, gets captured, and fights some more--mentally. I love the way he argues with his "comrades" and shows them how silly they are.

But their relationship brings me to my sole complaint. Things are alluded to that we don't have actual scenes of and I feel we could have used the actual scenes in order to help us readers FEEL this love affair. When did she teach him Chinese, for example? When did they have more than that one night in the ambulance and where are the scenes? They were not together enough for me to feel this passion along with them.

In the romance's favor: I honestly could never tell if these two would ever be together again. This added a wonderful feeling of suspense that sadly, most romantic tales do not contain today. From page one, you know you're getting a cheesy HEA. This one kept me wondering.

But still, an incredible book. I learned so much while getting transported to another time and place and met the most incredible heroine.

Catherine Aerie, a graduate from the University of California, Irvine with a master degree in finance, grew up in China as the daughter of a Shanghai architect. She was inspired to write The Dance of the Spirits while researching a family member’s role in the Korean War, deciding to revive an often neglected and overlooked setting in fiction and heighten the universality of resilient pursuit of love and liberty. Her debut novel was finished after about two years of research. She currently resides in southern California.

For more information please visit Catherine Aerie’s website. You can also find her on Facebook and Goodreads.

The Dance of the Spirits Blog Tour Schedule
Monday, August 11
Review at A Bibliotaph’s Reviews
Spotlight at Mina’s Bookshelf
Interview at Library Educated


Thursday, August 14
Review at Queen of All She Reads


Friday, August 15
Review at JM Ledwell
Review at Based on a True Story
Spotlight at Passages to the Past


Wednesday, August 20
Review at Unshelfish
Spotlight at Princess of Eboli

To win a copy of The Dance of the Spirits please complete the Rafflecopter giveaway form below. Giveaway is open to US & UK residents only.

Winner will be chosen via Rafflecopter on August 23rd and notified via email.

Winner have 48 hours to claim prize or new winner is chosen.