Tara: Welcome. You’re here to promote Red Dirt Duchess, a Destiny Romance. Tell me, please, what was the inspiration behind this story? How did it come to you? 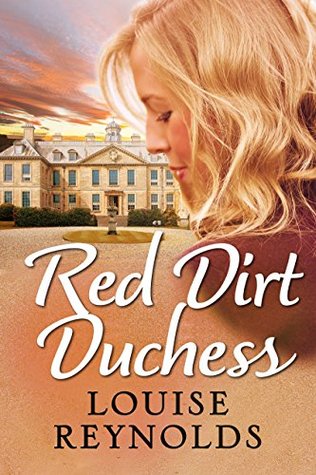 When English society playboy Jonathan Hartley-Huntley is sent to outback Australia after a disastrous affair with his editor, all he wants is to take a few pictures, do a quick interview and get back to his usual life of luxury as soon as possible. Until he meets his host, the irresistible Charlie Hughes, and suddenly the back of beyond is a lot more appealing.

Running the pub is a labour of love for Charlie and she has no desire to ever leave the tiny town of Bindundilly. That is, until Jon discovers an old painting that raises questions about both their lives. Charlie impulsively decides to follow him to London, and as the feelings between them begin to deepen, she starts to wonder if there's more to life than the pub. But at Jon's family home, the magnificent Hartley Hall, they become acutely aware of the differences between them, and it soon seems clear they have no future together – especially if Jon's mother has her way.

Family and tradition threaten the course of true love in this warm and witty novel from the author of Outback Bride and Her Italian Aristocrat.
Louise: Hi, Tara. Thank you for having me! Like most of my stories, Red Dirt Duchess was inspired by experiences I’ve had and people I’ve met while travelling. In a remote Australian outback town we visited the hotel and saw the famous mural painted on the wall of the bar by a well-known Australian artist. I’d wanted to write a story with a heroine who owns a pub for ages and decided that this was exactly the sort of place she would own. So I had my setting. A few days later, in another hotel in the middle of the desert, we observed some exhausted tourists walk in, dragging their suitcases. The barmaid was supposed to go out to the airstrip to pick them up but had forgotten. I immediately got the image of a very uptight English aristocrat hero walking into the bar, hot, exhausted and very, very annoyed. Then I knew just the sort of heroine he needed. I had my characters and I was ready to go.

Louise: Running a hotel in such a remote location calls for my heroine, Charlie, to be resourceful and astute, to have a keen eye for potential trouble but at the same time be welcoming and deal with the whims of customers. I wanted her to exhibit the laid-back nature of so many outback dwellers, but with the sort of quiet strength that is instantly recognisable. Charlie had to deal at a very early age with her mother’s addictions so that primary relationship, although it was loving, was undermined by seeing too much and often having to assume the role of parent. It’s this resilience that stands Charlie in good stead when she becomes the publican of her remote outback hotel.
Tara: Do you see any of yourself in her?

Louise: A little. I’m pretty laid-back and down-to-earth and Charlie is the same, which will put her at odds with the uptight English aristocrat hero, Jon. She uses humour to defuse situations which I tend to do as well.

There’s also some cooking in the book and that’s something I love so I indulged myself with descriptions there.

Tara: Was there any particular part of this story that was the hardest for you to write? Tell me why.

Louise: I think it’s difficult to write about parents. We all know people or even have members of our own families who don’t enjoy good relationships with their parents and we see the impact this has on their lives. There’s a lot at play — anger, bitterness and, usually, regret. You can’t be ambivalent about your parents. So in channeling the complex relationships that both Jon and Charlie have with their parents I had to dig deep into a number of places, some my own and others from people close to me.

Louise: Honestly, I don’t know what writers did before the internet. There are two paintings integral to the plot so I needed to think about the style of painting and how it might have been done, then describe it. So it was off to the art section at the local library There’s a scene at Sotheby’s and since I’ve never attended a fine art auction, I googled images of the outside of Sotheby’s, information on the times of their auctions, how much a painting like the one in the story might sell for and finally — thank you Youtube — viewed a video of an auction taking place. Although I’d been to London several times, I needed to research finer detail about the parts of London where the book was set. Once again Google and Google street view were useful. There’s also the setting of the Stately home in the country and the lifestyle that goes with it. To check several of my facts I spoke to the director of a school for butlers.

Louise: My primary goal is to entertain and although there are often deeper themes at play, I keep things fairly light. I’d like readers to finish the book with a smile on their face and some lingering thoughts about the characters and settings but I don’t aim to keep them awake at night. In this book I was looking at my hero and heroine’s backgrounds and the idea that we might not be who we think we are. I’d also always wanted to write a book that touched on the English upper classes, more particularly that the lives of some might not be as glamourous as they seem.

Tara: Your book takes place in both the Australian outback and London. If I were a tourist, what would you recommend I see in these towns?

Louise: The Australian outback is really about vast open spaces punctuated by iconic hotels and roadhouses hundreds of miles apart, cattle stations, wildlife, red dust, blue skies and a timeless landscape. So I’d suggest a road-trip, getting off the bitumen and visiting somewhere like the Darling River. This isn’t your five-star holiday. What it will offer is a glimpse of the lives of the special people who live in these remote circumstances.

In London, there’s so much to choose from. I love London’s squares, the Museums and the history of it all. Favourites would be Bloomsbury and the British Museum.

Louise: Another hard question! I think 1920’s London would be fascinating. The horror of WW1 is over and everyone is in the mood to have fun. Women are cutting their hair, shortening their skirts and getting the vote. They’re grabbing for themselves the same freedom as men; drinking, smoking and driving cars. It’s the Jazz Age, a time of wild dancing, nightclubs and fun at all costs. I’d hook up with the Bright Young Things, people like Nancy Mitford and Cecil Beaton, dine at Quaglino’s and go from party to party, drinking champagne and dancing. It must have been an incredible time.

Tara: Oooh. That's a good answer. I think I'd rather love that scene myself..

Louise: We don’t have pets beyond a couple of alarmingly large fish in our pond in the yard. But we love the rainbow lorikeets that live in our garden and feed them daily. They sit outside the back door and go through all kinds of attention-seeking antics to attract our attention.

Tara: I had to google that. Never heard of that bird, but oh, so pretty! (Photo is from Wiki Commons)

Louise works in the commercial lighting industry, lighting anything from bridges to five star hotels. She loves travelling through the Australian outback with her husband, English aristocracy, live jazz, cooking complicated meals that totally destroy the kitchen, and dining out.