Tara: Welcome. You’re here to promote THIS IS HOW I’D LOVE YOU, a historical novel set during the Great War. Tell me, please, what was the inspiration behind this story? How did it come to you?

Hazel: Does it make me sound really nerdy if I say that this novel was inspired by a chess game? Well, there it is. I am a nerd, but not such a great chess player. My great-grandfather, on the other hand, was apparently quite a masterful player. And several years ago my mother mentioned that he had played chess via the post. He lived in a small town in southern New Mexico, but whenever my mother would visit, she remembers a separate chess board always mid-game, keeping track of the game he was playing with his current, long-distance opponent. This idea—that people could actually play a game over long periods of space and time—captured my imagination. Maybe because I have two children who have really come of age during this time of immediate gratification, I feel very nostalgic for a time when people had to be patient--a kind of patience that I’m not sure we can even fathom. In those gaps between letters, life continues and that creates a kind of obvious tension, which is such a gift for a writer.

Also, that same great-grandfather happened to be quite a romantic. He wrote the sweetest letters to my great-grandmother while the were courting and thankfully I come from a long line of pack-rats. I actually didn’t read too many of their letters until I’d finished writing the novel, but there are some real gems.

Tara: I think that's the BEST, most interesting answer I've ever received to that question. I LOVE when a family member in the past inspires a story today and the letters....*sighs dreamily*

Hazel: Hensley reminds me of a lot of women who don’t know their own strength until it’s tested. She trusts the men in her life—her father, her brother, even her suitor—to make her decisions for her. But when she must confront the realities of her own life on her own, she begins to make choices for her self, sometimes directly opposed to their wishes for her. This fact alone, in 1917, shows tremendous strength. And, coming from someone who’s afraid of heights, what she does with that strong man in the circus is evidence of major girl-power.

Hazel: I love that Hensley is not a victim. I try very hard to always be aware of my own ability to affect change, whether in a personal relationship or in a broader context. We both love to sew, though I’m afraid I’m not nearly as talented a seamstress as she is.

Tara: Was there any particular part of this story that was the hardest for you to write? Tell me why.

Hazel: The scenes with Lowell and Hensley in the theater were difficult. I wanted it to be clear that Lowell took advantage of Hensley, but I also wanted her budding sexuality to play a part in that. It was rough to balance the two.

Hazel: I tried to read a lot of first-hand accounts of soldiers. Even though I’d always heard about the brutality of the conflict, I was honestly shocked at the gruesome details of their lives and their injuries and deaths. It was utter chaos. Over nine million soldiers were killed and over six million civilians. Nobody was prepared for the kind of destruction and suffering that would occur.

Tara: And we must never forget that, and those men. *nods head*

Hazel: I really want readers to be transported. The great joy of reading is the ability to escape our own reality and enter another.

Tara: Your book takes place in Hillsboro, New Mexico. If I were a tourist, what would you recommend I see in this town/country?

Hazel: Gosh, if anyone travels to Hillsboro, New Mexico, give me a call and I’ll meet you for tea. It’s a little speck of a town now, home mostly to artists and retirees, all fifteen of them. But you can still see my great-grandparents’ house—one like I imagine Hensley and her father lived. It’s a lovely old adobe home, shaded by graceful cottonwood trees, surrounded by a rock wall.

Hazel: Honestly, I would love to live in the 1920s. I think there was just enough technology like indoor plumbing, refrigeration and train travel to make life comfortable. I think it would be so gratifying to have been a suffragist and see that work pay off with the passage of the 19th Amendment.

Hazel: Oh, geez. I can barely create and implement a successful grocery list. That’s a big, terrifying question. I love the quote that says, “The idea is to die young as late as possible.” I think that’s a good goal.

Hazel: I’m so glad you asked! Right now we have one rescue dog, Max. We adopted him last summer after we lost our beloved Border Terrier. Max is some kind of Lab, Pit Bull, Pointer mix, we think. He is a super dog with tricks like pulling tissues from the tissue boxone after another, catching flies mid-air, and leaning against the humans’ legs whenever we hug each other.

Tara: Hazel, it's been a true pleasure having you here today. I wish you the very best with your writing career and whatever other endeavors you pursue. 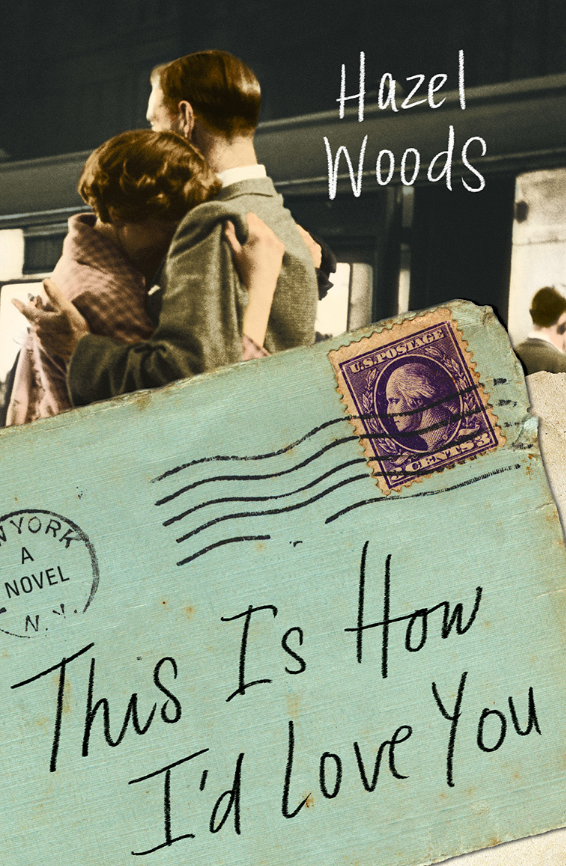 As the Great War rages, an independent young woman struggles to sustain love—and life—through the power of words. It’s 1917 and America is on the brink of World War I. After Hensley Dench’s father is forced to resign from the New York Times for his anti-war writings, she finds herself expelled from the life she loves and the future she thought she would have. Instead, Hensley is transplanted to New Mexico, where her father has taken a job overseeing a gold mine. Driven by loneliness, Hensley hijacks her father’s correspondence with Charles Reid, a young American medic with whom her father plays chess via post. Hensley secretly begins her own exchange with Charles, but looming tragedy threatens them both, and—when everything turns against them—will their words be enough to beat the odds?


Praise for This Is How I'd Love You


“In This is How I’d Love You, Hazel Woods explores the enduring nature of an improbable love born of words, washed in tragedy, and sustained despite impossible circumstances. With prose as immediate and evocative as a painting, Woods accomplishes the magic of rendering sorrow into hope and fear into courage. It is as idealistic a tale as it is clear-sighted, a brilliant alchemy few novels achieve. Readers, prepare to melt” — Robin Oliveria, author of My Name is Mary Sutter 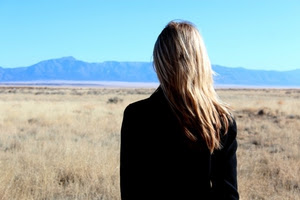 Hazel Woods lives in New Mexico with her husband and two children. For more information please visit www.hazelwoodsauthor.com. You can also find her on Twitter.


This Is How I'd Love You Blog Tour Schedule