This physiological reaction had never been taught by any of her professors...she could only conclude that she was reacting to him, to his touch, to the scent of his shaving soap.

Having recently read and enjoyed The Shadow Princess by Mary Hart Perry, also a historical romance involving an investigation for Jack the Ripper, I was eager to read this one. MHP's story was a wild and fun ride and I thought the experience would be somewhat repeated. 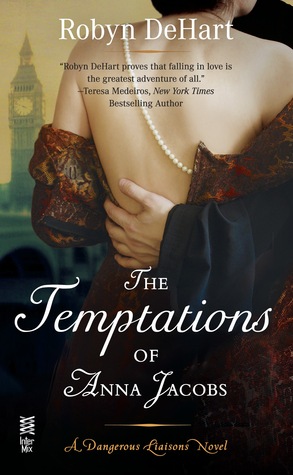 I liked it enough for a while, though I began to roll my eyes and declare things like, "Oh, geez, not again!" somewhere at the 60% mark. The problem with this story is it's way too repetitive. We are constantly being told or reminded of the following things over and over and over:

-Her very prim and proper and irritating as heck mother disapproves of the heroine being a doctor and would rather she marry. This had to be mentioned ten times.
-The hero wants a drink; was once a raving alcoholic. This had to be 50 times.
-Oh, he's a bastard. I'm going to guess 15 times.

On top of that, the irritating mother has an irritating and unnecessary-to-the story romance that did not make any sense considering her status and the time period. And I used repeated words there on purpose. The story does that as well at times. I don't think it will bother most people. It's just the old editor in me.

And when did the irritating mother decide it was acceptable to date a man who'd been in prison? Such an unexplained turnaround. Another disappointment for me was that the author glossed over what could have been extremely interesting parts and aspects such as the letters between Jack and his "student." What were these letters? Let us figure it out. Instead, all we're told is they refer to Dante's Inferno and the heroine figured out the riddle. What was it? Why not let us have some fun with this? We don't even see the letter itself.

Despite my above quibbles, I was going to give this story a three until I came to the ending. It is about a lady doctor and it does have some good scenes (involving a pig) in which she's doing relevant-to-the-case experiments. I also like the fact the hero is not an insecure alpha male.

But then it ended in such a way that I wanted to throw it against the wall. I mean, seriously, you've just witnessed a gruesome crime against humanity in which you were close enough to be covered in blood and all you can think about is love and marriage? And I'm not spoiling anything there because these stories all end the same.

I'm disappointed. I'm sorry to say that as this digital ARC was kindly provided via Netgalley.