Build Me Up! : What Romance Novels Did For Me, A Guest Post from Georgina Penney

Change was seen as wrong. My brother and I were expected to be carbon copies of our parents and given that my mother was an insecure teenager with borderline personality disorder (that got much worse as time grew on) and my father was a Vietnam War veteran with PTSD and a prescription drug addiction... well I’m sure you get the idea.

Needless to say, I was expected to be married and have babies by the time I was eighteen. I didn’t and the sole reason why, the only reason I can attribute to my bucking the trend and going against my family’s often histrionic reprisals, was romance novels.

Yep, you heard me, romance novels. And I’m not talking about the more politically correct ones you get nowadays. No siree. A lady from church that I used to know loaned me my first ever bodice ripper at the tender age of eleven and I never looked back. I can still remember the cover but for the life of me, I can’t remember the name. I do know it had every single element in it that people disparage about the old school romance format though, but to me it was magic.

Here was a female character who was going through hell in many parts of the story, who was going against her family, against the man she loved (until he came around and groveled at the end). And better yet, she was a teenager like me! From the minute I put that book down and picked up the next I was hooked.
Story after story featured these amazing young women who were making life work, no matter how much crap was being thrown at them. Yeah, they ended up married in the end. Yeah, they fit the system but they made it work for them.

I didn’t realize it at the time but each of those books was a pink painted crowbar, cracking my world open. Suddenly, it became clear to me that I shouldn’t be in any relationship with any man who wasn’t going to love and respect me. I realised that I could go out and—in historical romance speak—be a woman of the world. The heroines I loved had. And if they could, I could too.

I left home as a kid, not really understanding how things worked still but knowing the last thing I wanted to be was an unhappy teenage mum.

I didn’t really know how to do friendships—in my family, criticizing others was the only real form of bonding—but what I did have was over a thousand romance novels under my belt and a thousand female friendships in those novels to guide me.

The heroines of romance taught me that women could be intelligent, loud, opinionated and friends with other women. That’s right. Friends. Friends who built each other up, who were there for each other when crap went down, who didn’t bitch behind each other’s backs and who forgave each other when things went wrong.

It took me a couple of years and a bunch of hits and misses to get it right. Learning how to be a young woman functioning normally in society, making friends normally, trusting others to treat you kindly does take a little practice without any practical education. Just like the heroines in the novels that I loved so much, I screwed up, I got it right sometimes, I laughed, I cried and I came out the other end with my own hard-earned Happy Ever After.

That’s what romance novels did for me.

And today my greatest wish in the world as a writer is that somewhere out there, there’s going to be an eleven year old girl who’s having a rough time of it, who picks up my novels, Unforgettable You or Irrepressible You (let’s just hope she skips the naughty bits, unlike me!) and works out that she can get out there, do things for herself, make something of herself and in the end, it’s going to be okay. 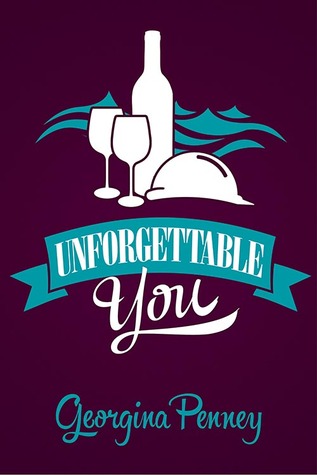 Blurb For Unforgettable You

After months working on an oil rig in the Atlantic Ocean, engineer Jo Blaine can't wait to get home. Her job is tough, and she is desperate for some long overdue girl time. The last thing Jo needs when she walks through her front door is to find a strange man staying in her house. When she learns that her uninvited guest is none other than Stephen Hardy, she's tempted to head straight back out to sea.

Stephen has always felt guilty for the part he played in ruining Jo's life years earlier and immediately jumps at the chance to make things up to her by looking after her apartment and her giant cranky cat. It takes some fast talking, but Jo is finally convinced to let him stay. And by the time she leaves for her next shift at work, they're both eagerly anticipating her return.

But as they grow closer, it soon becomes clear Jo is hiding something about her past that is coming back to haunt her. After a lifetime of taking care of herself and her sister Amy, Jo isn't used to sharing her problems, especially when they involve her messy family history. But when threats start to escalate, Jo must decide whether to trust Stephen before her stubborn independence places them all at risk.

***
About The Author: Georgina Penney has lived all over the world including Australia, Saudi Arabia, Bahrain and presently, Brunei Darussalam. She shares a jungle stilt house with her wonderful husband and opinionated cat and spends her days writing emotional, humorous novels featuring heroines who tackle life head on